By Marvel and SiriusXM 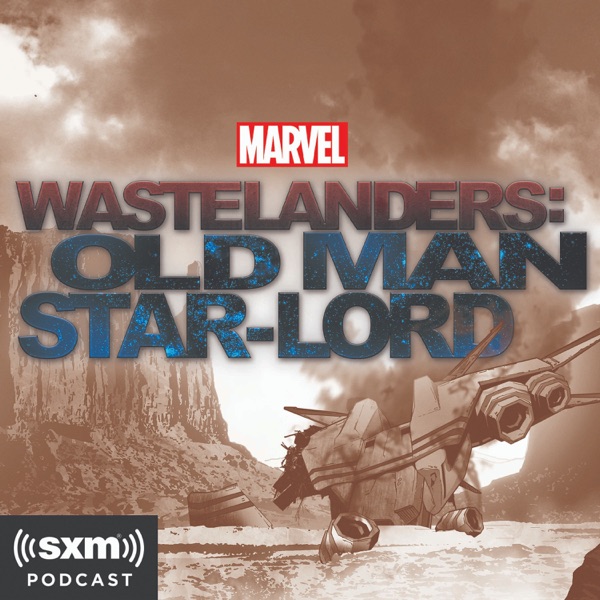 Rate for this podcast Subscribers: 175
Reviews: 0

In a post-apocalyptic future, Marvel's Wastelanders: Old Man Star-Lord finds Peter Quill (Timothy Busfield) and Rocket (Chris Elliott) a little paunchier, a little slower, and a lot saltier than they were during the glory days of the Guardians of the Galaxy. They quickly discover the Earth isn't what it used to be either, when they crash land 30 years after all the world's super villains seized control. The former Guardians are accompanied by a Rigellian Recorder, affectionately dubbed "Cora", who documents their mission to find the Black Vortex--an ancient relic reported to yield cosmic powers--before guillotine collars bestowed upon them by The Collector snap their necks. In the barren, desolate wasteland of the mid-west as controlled by Doctor Doom, they encounter the ageless telepath, Emma Frost, outlaw Ghost Riders, and the bloodthirsty Kraven the Hunter. Who will find the Black Vortex first and what will be the price of its power? Written by Benjamin Percy (Wolverine: The Long Night, Wolverine: The Lost Trail), directed by Kimberly Senior (Disgraced), and sound designed with original scoring by Mark Henry Phillips (Homecoming, Passenger List). Learn more at marvel.com/wastelanders