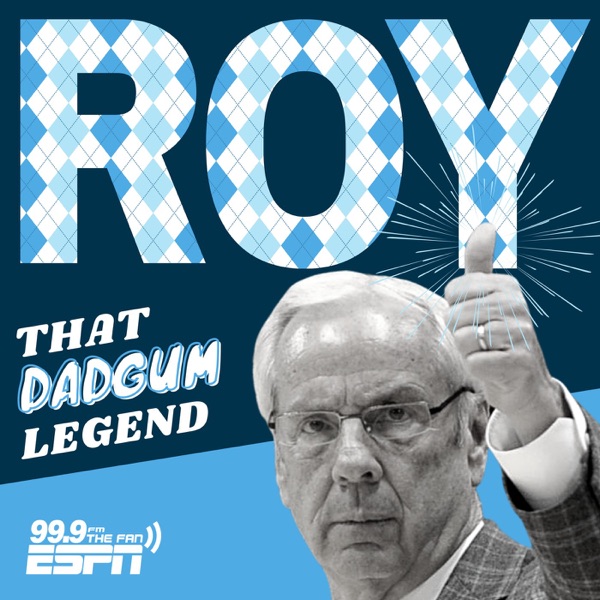 Roy Williams was quick with names and good with the whistle. If he wasn’t, who knows if he ever would have caught Dean Smith’s attention. The sequel to Smith’s dynasty at North Carolina — the five trips to the Final Four and the three national titles with the Tar Heels — never would have happened. Roy Williams ended his hall-of-fame career on April 1, 2021. The story of how he made it to the top with two of the blue blood programs in college basketball, UNC and Kansas, has been told but not like this and not with this type of honesty and insight from That Dadgum Legend himself. ROY is produced by 99.9 The Fan in Raleigh, North Carolina and hosted by Joe Ovies and Joe Giglio.