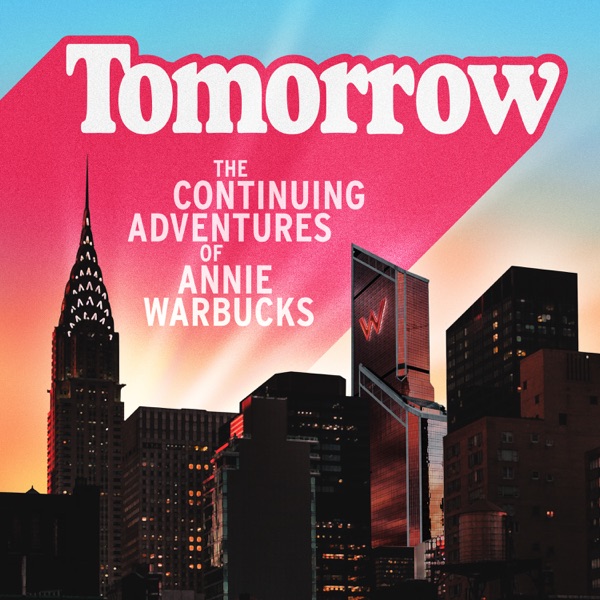 Rate for this podcast Subscribers: 39
Reviews: 0

Annie Warbucks and Agatha Hannigan, two names forever connected by events that made one of them the richest girl in the world…and sent the other to prison.

Tomorrow is an original, scripted series set in a post-pandemic New York City, five years after “little orphan” Annie was adopted by billionaire Oliver Warbucks (Lance Reddick, The Wire, Fringe). Now 15, Annie (Abbie Grace Levi), a singer-songwriter/influencer extraordinaire, is about to face the biggest test of her signature positivity when a mystery rocks the Warbucks empire. Annie must rely on her pals from the orphanage, Molly, Tessie and Pepper, and her artificial intelligence “butler” Drake (Alan Ruck, Succession) to save her family.

Agatha Hannigan (Tony Award winner Laura Benanti) has spent five years in prison, revisiting her bad choices and stewing about the billionaire and his adopted daughter who put her behind bars. Finally released back into society, Hannigan will have to decide: Does she want to turn her life around, or does she want revenge?

From Gen-Z Media, creators of the Peabody Award-winning The Unexplainable Disappearance of Mars Patel and the hit family podcast, Six Minutes, Tomorrow combines the heart, humor and hope of the original stage play with elements of serialized mystery and high stakes adventure. Featuring fresh takes on beloved songs and a star-studded cast, it’s a modern story for all the many generations who grew up on “Annie.”

New episodes of Tomorrow premier each Monday throughout the year, wherever you get your podcasts. Listen one week early on Amazon Music. For early and ad-free listening, subscribe to Wondery Plus in Apple Podcasts or the Wondery App. To learn more visit gzmshows.com.