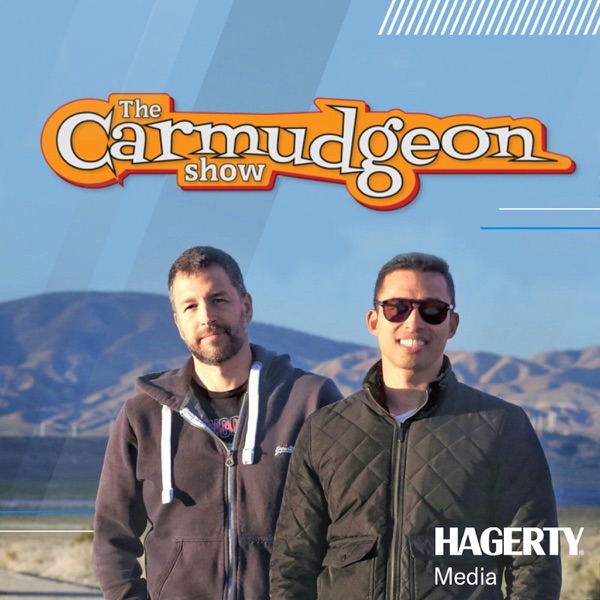 Rate for this podcast Subscribers: 15
Reviews: 0

Part of the Hagerty Podcast Network, the Carmudgeon Show is a comedic, information-filled conversation with Jason Cammisa and Derek Tam-Scott, two car enthusiasts who are curmudgeonly beyond their years. Proving you don’t have to be old to be grumpy, they spend each episode talking about what’s wrong with various parts of the automotive universe. Despite their best efforts to keep it negative, they usually wind up laughing, happy, and extolling their love for cars. Which just makes them angrier and more bitter. Jason Cammisa is an automotive journalist, social-media figure and TV host with over 250 million views on YouTube alone. Jason’s deeply technical understanding, made possible by a lifelong obsession with cars, allows him to fully digest what’s going on within an automobile — and then put it into simple terms for others to understand. Also, a Master’s Degree in Law trained him to be impossible to argue with. Derek Tam-Scott still tries. He’s a young automotive expert with old-man taste in cars, and a Master’s Degree in Civil Engineering — which means he knows how to be civil to Jason. Or at least he tries. With a decade and a half’s experience buying, selling, driving and brokering classic and exotic cars, he’s experienced the world’s most iconic cars. And hated most of them.