By Imperative Entertainment and Vespucci 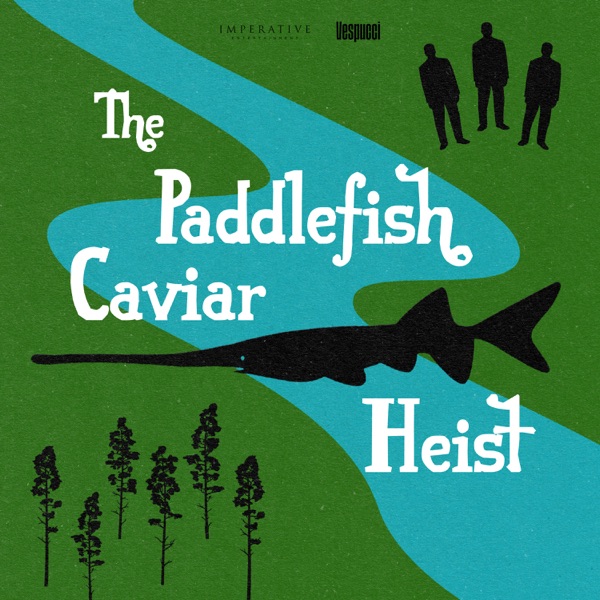 Rate for this podcast Subscribers: 53
Reviews: 0

Warsaw, Missouri, is a small, rural town of just over 2,000 people in the American Midwest. Locally it’s known as the “quiet end of the Lake of the Ozarks.” Very few realize that it’s the paddlefish capital of the world. But when a new group arrived driving flashy, imported cars and dropping hundreds of dollars on bait and tackle, the town became the setting for an undercover federal sting operation tasked with bringing down a suspected international caviar poaching ring.   The Paddlefish Caviar Heist is a production of Imperative Entertainment and Vespucci and is written and hosted by Helen Hollyman. For Imperative Entertainment, the Executive Producer is Jason Hoch. For Vespucci, the executive producers are Daniel Turcan and Johnny Galvin. David Gauvey Herbert is Executive Producer. Based on original script reporting by David Gauvey Herbert. The series producer is Aron Keller. The story editor is Matt Willis. Thomas Curry is the managing producer. Cover art and design by Jeana Sullivan. Audio recording by Austin Sisler at Eastside Studios. Audio mix and sound-design by Matt Peaty.