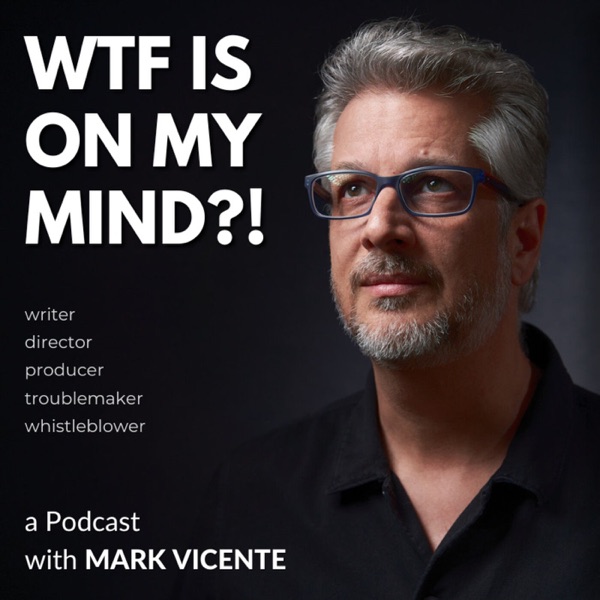 Author, Speaker, Whistleblower and award-winning Director Mark Vicente was behind the sleeper hit “What The Bleep Do We Know?!” Several books have been written about the film’s remarkable grassroots marketing campaign, which led to its unprecedented success.Mark was born in Johannesburg, South Africa in 1965. Taking his first photograph at age four, he quickly discovered his passion for being behind the camera. After attending film and drama school in South Africa, he began working his way up the ranks of the camera department, from Assistant to Operator to Cinematographer. His first big break came as Director of Photography on the musical “SARAFINA,” starring Whoopi Goldberg. In 1992, he set his sights on Hollywood and relocated to Los Angeles to shoot his first studio picture for Disney;  “FATHERHOOD,” starring Patrick Swayze and Halle Berry. At the age of 26, he became one of the youngest cinematographers to shoot a big-budget studio picture. Over the next few decades, he went on to shoot an additional 14 feature films and numerous documentaries, music videos and commercials. Mark soon found there were in him, untold stories he desperately wanted to express as a Director. He was driven by the conviction that tales of greatness, nobility and introspection could be exciting and financially successful. Perhaps because of the very obvious race and class iniquities in South Africa, he found himself propelled to question certain fundamental assumptions at a very young age. Beliefs about human behavior, cosmology, religion, existentialism and mysticism. Along the way, he stumbled into a few situations where leaders with malignant pathologies (masquerading as saintly philosophers) spoke the talk of self-improvement but did untold damage to their followers... and him. Looking back, he can now say he has been in at last two cults. His last foray into personal growth and his defection from NXIVM was chronicled in the HBO series “The Vow”. Mark and a few plucky whistleblowers exposed the criminal activities of the organization, resulting in multiple arrests and indictments. He doesn’t consider himself a cult expert, but by his own admission, “I’m an expert in being screwed over, waking up, and knowing how to spot them.” He’s got a pretty salty approach to most things and is fascinated by the myriad patterns in the human psychodynamic that create the best and the worst in civilization. Join Mark as he unpacks a whole range of topics to do with: Psychology, Consciousness, Morality, Narcissistic Abuse, Spirituality, Cults, Propaganda, Science, Filmmaking, and Philosophy.You never quite know what you’re going to get, as it really does depend on… WTF is on his mind?!