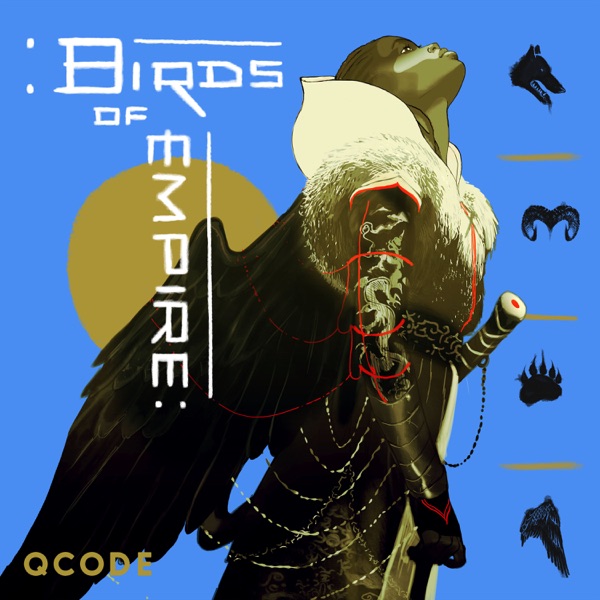 Rate for this podcast Subscribers: 90
Reviews: 0

A cinematic fantasy event in audio. New Dakota: 15,000 CE, thousands of years after the fall of civilization. The Earth has reclaimed the cities and glories of the modern world, reducing humankind to prehistoric tribal life. The old world is known only through myths and fables handed down through lost generations. Having barely survived, humanity has returned to a way of life more closely resembling civilizations of the ancient past: The Bears, The Rams, The Birds, and The Wolves. Book 1 — The Dawn Age serves as an introduction to each of the four young people from the clans as we chart the rise of the first empire of the new world. Created by Jason Lew. From QCODE, makers of fantastic audio fiction. Visit QCODEMedia.com to learn more. And, check out some of our other shows including: From Now with Richard Madden and Brian Cox, The Left Right Game with Tessa Thompson, Borrasca with Cole Sprouse, Blackout with Rami Malek, and many more.